This Sunday, January 8, in the Brazilian capital, several places of power were invaded by supporters of Bolsonaro. An attack judged by many politicians and journalists as historical and threatening the Brazilian democracy.

In the early afternoon of this Sunday, several hundred right-wing supporters gathered in the Three Powers Square in Brasilia to protest against the inauguration of Lula (Brazilian president). Then, they invaded and heavily damaged three palaces – the Congress, the Supreme Court, and the Presidential Palace in Brasilia. They were filming and sharing on social networks. It was only after 17 hours, that the police regained control of the place. An event “without precedent in the history of the country” according to the words of Lula during his speech after 18 hours.

This attack comes one week after the official investiture of Luiz Inacio Lula da Silva as president, a third term for the left-wing candidate, already elected between 2003 and 2011. An investiture sulked by the ex-president who refused to give the presidential scarf, as it is customary to do. The far-right candidate, having questioned the result of the elections in October 2022, had taken a flight for Florida (USA) at the end of December.

An international condemnation of the event

The international community’s reactions were not long in coming, starting with the neighboring countries. On Twitter, the presidents of Chile, Mexico, Bolivia, and Argentina condemned the attacks and gave his “support” to Lula. Joe Biden tweeted “I condemned the attack on democracy“, adding that “the democratic institutions of Brazil have his full support and the will of the Brazilian people must not be undermined“. Emmanuel Macron, on Twitter, assured Sunday that “President Lula can count on the unfailing support of France“. Several political figures of the European Union – Charles Michel (president of the European Council), Josep Borrell (head of the diplomacy of the European Union), and Roberta Metsol (president of the European Parliament) – also brought their support. For his part, the Chinese Foreign Minister, Wang Wenbin, said at a press conference that China “firmly opposes the violent attack“. The Kremlin spokesman, Dmitry Peskov, said “we condemn in the strongest possible way the actions of the instigators of the unrest and fully support Brazilian President Lula da Silva“.

A repetition of the assault on the capitol on January 6, 2021?

Two years earlier, a similar attack took place on January 6 in the U.S. Congress. It happened just after Donald Trump’s defeat in the 2020 presidential election against Joe Biden. A similarity that the Democratic Congresswoman Alexandria Ocasio-Cortez did not hesitate to recall, stating on Twitter “Almost two years to the day the US Capitol was attacked by fascists, we see fascist movements abroad trying to do the same in Brazil.” The similarities between these two events are numerous, whether in the refusal of the election results, the methods of the rioters as well as the reaction of Donald Trump and Jair Bolsonara during the attacks calling, belatedly, to remain “peaceful” underlines the New York Times. The “methods of Donald Trump to incite terrorists of the interior to overthrow the government” have “inspired” Bolsonaro, assured to the microphone of CNN Joaquin Castro, American congressman and member of the Committee of Foreign Affairs of the American House of Representatives. 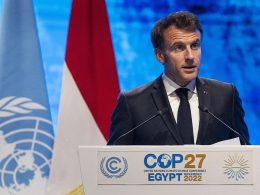 Emmanuel Macron’s moratorium at COP27 on the deep sea

On November 7, 2022 during the COP27 in Sharm el-Sheikh, Egypt, French President Emmanuel Macron, made a speech. In particular, he reaffirmed his intention to ban deep-sea mining. Why is this so important?
byHugo Perrin-Patural 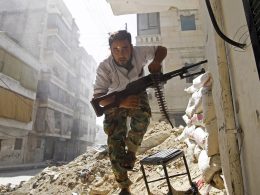 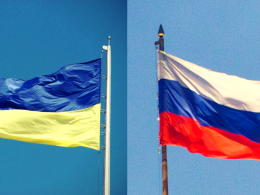 The Russian threat on Ukraine

The Russian threat has been felt in Ukraine in recent weeks. The presence of the Russian army close to the Ukrainian border suggests a possible invasion.
bySergio Ribeiro 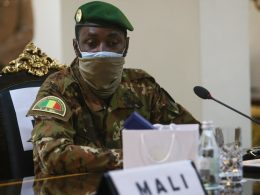 The military coup in Mali last week, the second one in the space of nine months, has destabilised democracy and security in both the country itself and in the Sahel region. While the countries of the zone are consistently under threat from extremist terrorism, their political instability makes the situation even more worrying.
byLou Vautrin
Total
0
Share
0
0