Dubai: the underside of a “paradise on earth”

Sumptuous and extraordinary landscapes, regular summer climate, luxurious and modern buildings, infallible security, gigantic shopping centers… So many arguments used to describe life in Dubai, the first city of the United Arab Emirates with three million inhabitants. Indeed, in recent years, Dubai has become the tourist destination par excellence for more or less long periods, attracting the biggest celebrities and investors. A luxury and a dream life constantly displayed on social networks; the whole thing is seductive! However, underneath the diamonds and the glamour, Dubai hides a dark reality.

Land paradise… or tax haven. The city of Dubai has fully assumed this status. It could be described as a free zone (a geographical area benefiting from tax advantages to attract investment): almost non-existent taxes, tax exemption, very flexible labor regulations, social and environmental constraints to the advantage of companies, etc. This economic policy is the key to Dubai’s success: the many financial investors have allowed the modernization and technological innovation of the infrastructure, thus attracting more and more tourists. But the question arises: what is the unofficial cost of this policy?

Not long ago, the “Dubai Uncovered” scandal broke. An investigation by the French newspaper “Le Monde” revealed that the financial center of Dubai would legally cover investors and property owners with illegal activities (fraud, drug trafficking, corruption…) already targeted by international justice. Two high-ranking Russian politicians and oligarchs, the self-proclaimed Prime Minister Alexander Borodai and the deputy Roman Liabikhov, but also the former developer Daniel Kinahan, are for example denounced. Dubai is a refuge for these criminals. The reason? 146 billion dollars of the city’s real estate capital is held by foreigners. The risks of tax evasion strategies and concealment of assets are therefore omnipresent.

Concerns about respect for labour rights…

More than a haven for criminals, Dubai is also a country that ignores labor rights. As mentioned earlier, the trademark of the first city of the United Arab Emirates is real estate, which strongly attracts foreign workers. They make up 70% of the population and come from developing countries such as Nepal or Bangladesh, but also from India. In 2011, the ITUC had already presented a report on the violations of workers’ rights in Dubai: firstly, they live in remote and poor neighborhoods, and work in scorching heat and in dangerous conditions. Secondly, their wages are lower than promised and received late. Thirdly, their passports are often confiscated: they cannot return home. But above all, their protection is non-existent: no medical coverage, prohibition to form unions or to strike under penalty of punishment, repression of freedom of expression and infringement of privacy. This explains the three deaths and 72 serious injuries on the Expo-2020 construction site. Although the situation has been denounced by the European Parliament, many seem to be turning a deaf ear.

… and human rights in general:

While we are talking about labor and social rights, it is necessary to highlight the latest scandal that has agitated the city: that of Dubai Porta Potty. The issue of sex tourism is no longer a secret in Dubai, even though it is officially prohibited: 30 to 45 thousand prostitutes work there, classified by origin. The investigation of the blogger Marie S’infiltre had revealed that these prostitutes presented themselves as real “business ladies”. However, this scandal highlights prostitutes who would undergo immoral acts for huge sums, including scatophilic acts (influencers on social networks are mainly concerned). This asks about the risks incurred by the dissemination of this image of “luxury and wealth for all” in Dubai.

When economy does not rhyme with ecology:

Behind these air-conditioned buildings under more than 45°C and these ski slopes in the middle of the desert, the ecological question is obvious. What is the price of these ephemeral wonders? Dubai uses 70% of its electricity for air conditioning. It also consumes three times more water than France to feed swimming pools (Dubai has the deepest swimming pool in the world…) and golf courses. But above all, it is one of the most polluting cities in the world: the United Arab Emirates is the world’s 7th largest oil producer and 11th largest natural gas producer. It has one of the world’s worst environmental footprints per capita. Moreover, the city keeps launching anti-ecological projects: the construction of artificial islands such as Palm Island and The World, which required the displacement of more than 150 million tons of sand, as well as the destruction of the marine ecosystem. There is also the huge aquarium of the Atlantis hotel, with 65.000 animals. In short, if one were to summarize the disastrous ecological impact of Dubai, one could refer to this remark from the film Home by Yann Arthus-Bertrand (2009): “Dubai has no fields, but it can import its food. Dubai has no water, but it can desalinate sea water at the cost of considerable energy. Dubai has an infinite sun, but it ignores solar panels. […]  Nothing seems to be further away from nature than Dubai, while nothing depends more on nature than Dubai.

In short, Dubai is the city of luxury, beauty, cleanliness… on the cover! Once the curtain is lifted, reality suddenly imposes itself: protection of dubious investments, non-respect of human rights, especially for the poorest… The list is long, and one can add to it the ecological disaster that this “earthly paradise” represents. 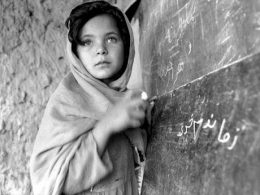 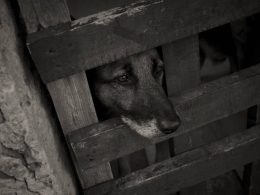 It is a proposal inscribed in its time that was issued in late September by the President of South Korea, Moon Jae-in. In power since May 2017, a former lawyer particularly involved in human rights, the President announced a probable ban on dog consumption in his country. This proposal demonstrates a significant cultural transformation.
byCharlotte Breuneval 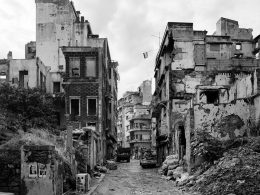 The Mediterranean’s former jewel on the brink of collapse

The « Switzerland of the Orient », as Lebanon was also formerly known, weakened by the civil war from 1975 to 1990, consecutive to the Arab-Israeli wars, is succumbing to its historic economic crisis.
byManon Renard Deloof
1 share
1
0
0
Total
0
Share
0
0