Guilty of persecutions and a cultural genocide against Indigenous children, Canada is condemned to provide compensation to the survivors and to the surviving family members, through the Ottawa trial on 26 january 2021, after 9 years of fighting for justice for the survivors.

By the end of the 19th century and until 1996, French and British colonists settled down in Canada and decided to open residential schools in order to integrate Indigenous children into the British and French cultures. These Catholic institutions became a place of trauma for many of the children who were forced to attend them, as physical and sexual abuse were rife within the residential schools.

According to a document written by Lower Kootenay who belongs to the first nation Kootenai (Kutanaxa) Indigenous community : « every Indigenous child aged from 7 to 15 years old should, according to the law, integrate Indigenous pensions, where a tremendous number of them were victims of violent and sometimes fatals treatments ». Apart from the pysical abuse and neglect often leading to the children’s death by illness or starvation, the residential school system was also designed to make the children forget their own culture and language. Deliberately placed in schools furthest away from their families, they were forbidden to speak their native languages and embrace their respective Indigenous traditions. It was a cultural genocide.

In May 2021, the remains of 215 bodies belonging to children were discovered in a common mass grave on the grounds of the Kamloups pension, in British Colombia (West of Canada). This tragic discovery revived the traumatic experience of over 150 000 Indigenous children, taken from their families, their language and their culture, and forced to join one of the 139 residential school across the country. This process was continued right into the 1990s. The children, enrolled by force were undernourished, beaten and could sometimes be victims of rape.

« I still hear my classmates’s ghost, Hubert, Michel, Dominique, André. Those who cried in their bed at night after having been brought in a priest’s bedroom. Those who tried to escape or to kill themselves. » testified Richerd Kistabish, separated from his family and forced to attend a residential school, when he was 6. In fact, the persecution and the bad treatments led a lot of children to attempt suicides. 6000 children would have died in these pensions, according to the Canadian « Truth and Reconciliation » commission led by the Quebec government. Many of them would have been weakened by serious diseases like tuberculosis due to likely neglect from residential school staff. However, most of the deaths were caused by the inhuman treatments. During this period, the disappearances were presented as escapes. Today, the world knows the truth.

After the discovery of the 215 bodies, on June 2021, pope François explained his pain at the end of the Lords’s Prayer of the Angelus at St Peter’s square. However, he did not yet issue an official apology on behalf of the Catholic Church even after the consequent number of demands to do so. The Pope has however agreed to meet a delegation made up of representatives of various Indigenous communities on 17 December 2021. A lot of journalists wonder if this interview will be the occasion for the pope to present official apologies for the role played by the Catholic church in this dramatic case.

The decision must be validated in the next days. Moreover, the government proposed the creation of a public holiday on 30 September 2022 in order to pay tribute to all the victims. Furthermore, on Monday 27 September, the Canadian Catholic bishops promised to donate 30 millions of dollars to support initiatives in favour of survivors of the residential schools. These funds would be disbursed in the next 5 years to “compensate the suffering caused by the residential schools of Canada » and to « support programs and projects dedicated to the improvement of living conditions of survivors of the pensions and their community », declared Bishop Raymond Poisson, president of the Canadian Conference of bishops. 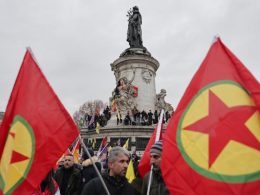 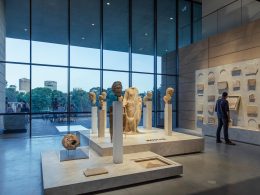 Difficulties with their eyesight, dull tints, weak shade forms. For color blind people, it is difficult to discern all shades of colors, especially on paintings. The Chau Chak Wing museum offers glasses that allow these people to see more shades of color.
byMaëlle Beaucourt 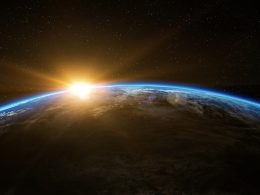 "It is a small step for man, a big step for mankind". 50 years later, the words of Neil Armstrong still resonate intensely in the collective memory. And since this first success of the conquest of space, space, through the myriad of projects it allows, has whetted the growing appetite of United States. As a field of both exploration and strategy, it seems to represent the theatre of a multitude of issues that have come, are coming and will come to disrupt the domain of international relations.
byAmbre Bruneteau
Total
1
Share
1
0