Donald Trump, on the radar of the January 6th Committee

The parliamentary commission of investigation into the assault on the U.S. Capitol on January 6, 2021, revealed at public audiences on June 9 and 13, 2022, its initial conclusions about Donald Trump’s share of responsibility for the Capitol attack.

The House Select Committee to Investigate the January 6 Attack on the U.S. Capitol revealed at public audiences on June 9 and 13, 2022, its initial conclusions about Donald Trump’s share of responsibility for the Capitol attack.

The assault on the Capitol was the “culmination of an attempted coup d’état,” summarized Democrat Bennie Thompson (D-Miss.), chairman of the House committee, on Thursday, June 9. This House of Representatives investigative committee, created almost a year ago, is composed of seven Democrats and two Republicans in charge of investigating the attack on the Capitol by pro-Trump activists and the responsibility of the former president of the United States.

Thursday, June 9: during the first public hearing, the words chosen by the members of the committee left no doubt that Donald Trump was implicated in the attack on the Capitol. Bennie Thompson affirmed that the Americans who invaded the Capitol, “did so with the encouragement of the President of the United States”. President Trump “lit the fuse for this attack” and “motivated” those who invaded the Capitol, telling them that “the election had been stolen,” says Liz Cheney, the only Republican with Adam Kinzinger on the committee.

The “war zone” around the Capitol

The unseen images broadcast during the hearing attest to extreme violence on the part of Trump supporters, who came to Washington, January 6, 2021, to contest the results of the presidential election.

Since July 2021, the committee has been a place of testimony. More than 1,000 witnesses have been heard by the nine elected officials since the beginning of the investigation, and the testimony of a policewoman, Caroline Edwards, has been striking. The law enforcement officer, who was shot twice by the Proud Boys (an extremist paramilitary group), compared the area around the Capitol to a “war zone” last Thursday. “There were officers on the ground, they were bleeding, vomiting … I was slipping on blood,” she added.

The other key testimony from this first hearing was from a documentary filmmaker who was following the Proud Boys during the assault. The images he filmed reveal that the group had gone around the Capitol on January 5, the day before the assault, to do some reconnaissance, with another extreme right-wing movement , the Oath Keepers.

Monday, June 13: The video clips released Monday give voice to several of Donald Trump’s political and legal advisers. The committee reveals the backstage of the White House, between the day Joe Biden was elected (November 3, 2020), and the day the Capitol was stormed (January 6, 2020).

Two members of his crew, but two points of view

In Donald Trump entourage, two teams were formed, facing the announcement, on November 3, 2020, by the Fox News channel, of the victory of Joe Biden in Arizona, traditionally Republican and decisive in the election. On one side, those who preferred to wait for the end of the counting, and on the other side, those who wanted to announce the victory and accuse the other side of fraud. Trump’s choice was to follow the second side, encouraged by his lawyer, Rudy Giuliani, who was “in a state of inebriation” on the evening of November 3, according to Jason Miller, an advisor to the former president. Despite the army of lawyers and numerous complaints in court, so that Joe Biden would not enter the White House, this was no avail and Donald Trump finally had to pack his bags.

“The big lie was also a big scam“

The committee revealed, according to testimony from senior officials of the ex-president’s campaign, that Trump and his team took advantage of the fraud to collect donations through an organization, the Official Election Defense Fund, which never actually existed. The sum collected was 250 million dollars, partly used to finance investigations into alleged fraud, but not only … “The big lie was also a big scam” said the elected Democrat, Zoe Lofgren. 5 million dollars were used to organize the rally of January 6, 2021, and 200,000 dollars were paid to Trump hotels.

In the face of the accusations, and the truths that have come out in the public hearings of the committee, the Republican camp is responding. Starting with the former occupant of the White House, who describes the committee of inquiry as “a parody of justice” in a 12-page statement published Monday. Donald Trump reiterates the accusations of fraud, explaining, without evidence, that “Americans came to Washington massively on January 6, 2021 to hold their elected officials accountable for the clear signs of criminal activity in the election.” House conservative leader Kevin McCarthy calls the committee “the most politically motivated and least legitimate in U.S. history.”

The reactions of the Republicans illustrate the polarization and the tensions of the American society. This polarization is also reflected in the media coverage of this event, which was broadcast by all the American channels…except one. The Fox News channel, close to Donald Trump, did not broadcast the hearings. 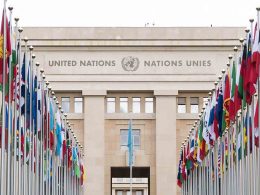 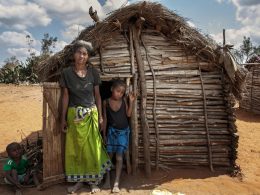 Death without echoes in Madagascar

Madagascar has long been part of France. Now independent, the island faces a dramatic famine, directly linked to the population explosion and global warming. However, a few NGOs like Zahana try to improve the critical situation as they did in the North-East,in the High Matsiatra’s region of Madagascar: Fiadanana.
byManon Renard Deloof
6 shares
6
0
0 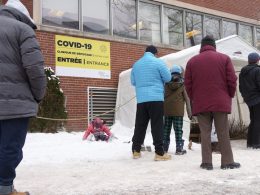 Quebec will impose an exclusive tax on unvaccinated Canadians

Quebec's prime minister recently announced that the 10% of citizens who have not received any doses of the COVID-19 vaccine so far, should not "harm" the 90% who are already vaccinated. The Canadian province will therefore charge a health tax to residents who are not vaccinated against COVID-19.
byDiogo Caldeira The Chinese leader recently warned Joe Biden not to intervene in relations between China and Taiwan. Nevertheless, Biden stated that he will always help Taiwan when necessary.
byDiogo Caldeira
Total
0
Share
0
0