Depressing, stressful, negative, controlled… This is how a large part of the world’s population describes the news. According to the Reuters Institute’s study which was recently published, even if it is broadcast on television, radio, or in the written press, medias are less and less followed, and sometimes even avoided.

The Reuters Institute for the Study of Journalism – a UK-based research center and think tank on journalism – released its annual report on global news consumption on June 15. Based on a survey conducted in January 2022 in forty-six countries, the Digital News Report Highlights the relationship between information and media with their consumers around the world.

For the past few years, the world has looked like a never-ending crisis: the Covid-19 pandemic, climate change, war in Ukraine, inflation, divided political elections, and most recently, the abortion ban in the United States. Anxiety and stressful news are broadcast all day long. Thus, according to the Reuters report, 43% of the world’s population consider that the topics discussed in the media are too repetitive, 36% think that it negatively affects their mood, 29% feel overwhelmed by the flow of information, 8% find it too hard to understand and 17% are afraid to create arguments by exchanging on these controversial topics. In 2022, 38% of people avoid traditional media, it increased from almost ten percents since 2017. This is particularly true in Brazil (54%), the United Kingdom (46%) and the United States (42%).

If the media disinterest is growing among the world’s population, it is also due to a lack of trust in medias. According to the report, 21 countries are concerned and 29% of respondents believe that the media are not trustworthy. In first place, the United States (a drop in trust with 32% in 2015 against 26% in 2022), followed by France (38% in 2015 against 29% in 2022). This phenomenon can be explained by the statute of the people holding medias. In fact, medias are concentrated between very few and selective hands. They also have a huge influence in the content selection, especially in politics. It leads to a pluralism loss and creates a real threat to democracy.

In the United States, six conglomerates (Viacom, Disney, Time Warner, New Corp, Bertelsmann, Comcast) own 90% of the media market. On the other hand, the Australian Keith Rupert Murdoch is the major shareholder of News Corporation – one of the largest media group in the world-. This situation creates a threat to the freedom of press, as these owners can refuse to publish information against their interest. They can also contribute to sensationalism (the fusion of entertainment and information) and to the expense of critical information which are not always based.

For instance, K. R. Murdoch, a close relative to former American President Donald Trump, is the owner of Fox News. Fox News – the most watched television station in the United States – promotes far-right ideas and became the White House megaphone under Trump’s mandate. According to Nicole Hemmer, assistant professor of presidential studies at the University of Virginia’s Miller Center, “Trump has practically become a program director”. Murdoch also owns The Wall Street Journal, America’s largest business newspaper. “The cost of giving one company and one man so much media power is too high”, said Timothy Rutten, a columnist for the Los Angeles Times. “Murdoch already owns the country’s most-watched television stations, publishing houses, movie studios, newspapers of opinion, and each is more vulgar and destructive. Do we want him to control the most important source of commercial news as well?”.

Moreover, the latest report from Northwestern University’s Medill School, published on jun 29, shows that the United States is losing an average of two local newspapers a day: between the end of 2019 and this May, 360 of them disappeared. “The disappearance of local journalism contributes to the pernicious spread of misinformation, the polarization of political life, the erosion of trust in the media, and the emergence of a yawning digital and economic divide between citizens”, says Penelope Abernathy, author of the report.

As the second country to suffer from this crisis of confidence, the French billionaire Vincent Bolloré is one of the major media shareholders with Vivendi (Havas, Canal+, CNews…). Bolloré influenced the political editorial line of the media. He transformed I-TV into CNews and transformed it into a propaganda channel for one if the presidential elections candidates, Éric Zemmour and its extreme right-wing ideas, whom he invited on the set for two years. Similarly, he keeps running the show Touche Pas À Mon Poste, watched by more than a million French people every night. Presented by Cyril Hanouna, this sensationalist show also propagates extreme right’s ideas under the guise of entertainment. According to Médiapart, Zemmour cumulated 40.3% of the airtime in 2021, far ahead of the other candidates.

For the past few years, traditional medias have offered their online service, most of the time for a fee. Thus, to read an article, listen to a podcast or watch a show, you must pay a subscription. If this system is successful in Norway (41% of the population pays subscriptions), the rate decreases drastically in the United States (19%) and in France (11%). The average age of those who pay to have access to these platforms, is 47. In fact, young people are very few to use this way to get informed. Generally, the public only subscribes to one media, which raises again the question of plurality and access to information. Paying is a brake, and the large part of the population considers that the access to information should be free.

According to the report, social networks are now the main information source for young people around the world (39%), ahead of the online press (34%). Twitter is the preferred news network, followed by Instagram, Facebook, YouTube, TikTok (its media use increased from 3% in 2019 to 15% in 2022), WhatsApp and Snapchat. A lot of medias adapted their strategy to seduce the new generation and democratize access to information, by creating social networks accounts, such as ABC News or the Washington Post (USA).

However, getting information on social networks is not without risks : anyone can write about anything, which leads to the propagation of fake news which can seriously influence the public opinion. In 2016, Facebook was originally responsible of the British company Cambridge Analytica scandal. It analyzed the data of about 80 million users without their knowledge and used it to influence opinion during the Brexit campaign and the election of Donald Trump. Recently, false information about the war in Ukraine was propagated on the networks: images of other conflicts are constantly relayed to manipulate people judgment. Climate change is also victim of many fake news spreaded by climate skeptics.

In conclusion, the future of the media as we know it is increasingly uncertain. Information aversion and media concentration are a threat to democracy and a divisive factor in society. 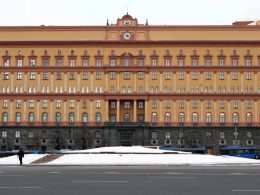 Dubai: the underside of a “paradise on earth”

Sumptuous and extraordinary landscapes, regular summer climate, luxurious and modern buildings, infallible security, gigantic shopping centers... So many arguments used to describe life in Dubai, the first city of the United Arab Emirates with three million inhabitants. Indeed, in recent years, Dubai has become the tourist destination par excellence for more or less long periods, attracting the biggest celebrities and investors. A luxury and a dream life constantly displayed on social networks; the whole thing is seductive! However, underneath the diamonds and the glamour, Dubai hides a dark reality.
byThéophanie Le Dez 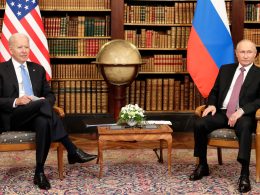 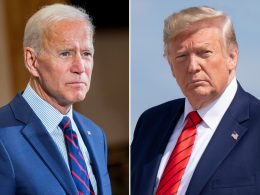