With the revolt of January 2022 against the increase of the gas price in the country and the demonstrations which followed and more recently the problem of Ekibastouz which was deprived of electricity during several days, whereas there were temperatures which went down until -30°: What is happening to Kazakhstan?

Kazakhstan, whose year 2022 has been rich in events, is a very large country of about 2,700,000 km² (five times more than France) and a little less than 19 million inhabitants (three times less than France). It is located in Central Asia between: Russia, China, Kyrgyzstan, Uzbekistan and Turkmenistan. The climate of the country is continental, with hot summers and cold winters with very frequent negative temperatures, which may explain the case of Ekibastouz.

A surge of revolt

From January 2nd to January 11th, revolts affected Kazakhstan. These revolts started from the increase in prices linked to energy, in particular LPG (Liquefied Petroleum Gas), of which the country is a large consumer. This price increase is due to the new government of Kassym-Jomart Tokayev, elected in 2019. It seeks to develop the liberalization of the economy, which allows the market to set its own prices. The state gives a certain independence to the market on the economy, in this case, on the energy. As a result, the market decided to raise energy prices, and this was one annoyance too many for Kazakh citizens.

All in all, these revolts have caused hundreds of deaths and thousands of injuries and have not helped anything. Apart from being called a “terrorist” by President Tokayev, which allowed him to ask for help from neighboring and allied countries like Russia. The CSTO, the Collective Security Treaty Organization, intervened from January 6 to 13 to stop the revolts. It is a military organization that includes Russia, Armenia, Belarus, Kazakhstan, Kyrgyzstan and Tajikistan. It can be considered as the equivalent of NATO, North Atlantic Treaty Organization.

As said before, the government changed in 2019. Since the fall of the USSR in 1991, which Kazakhstan is a former republic. The country was governed by Nursultan Nazarbayev until 2019. Then, he resigned to make way for the current president Kassym-Jomart Tokayev. His election, like that of his predecessor, may pose some suspicions of manipulation of the results. The former president still has some influence. He changed the name of the capital, from Astana to Nursultan in 2019, simply to pay tribute to its former president. But since the January uprisings, the current president Tokayev has moved away from Nazarbayev’s “cult of personality”, and in September 2022 the capital will be renamed Astana.

Inequalities of development in the world

Kazakhstan is going through a period of development, particularly in terms of infrastructure. The capital, Astana, has been undergoing impressive development since 1998. With incredible infrastructures, of a new kind, “futuristic”. The capital impresses with its buildings qualified as technical feats. This “new” capital is a place of innovation and possibilities for architects from all over the world to create works. Kisho Kurokawa is for example a Japanese architect, who designed the plans of the capital. But also the English architect, Norman Foster, who designed the Palace of peace and Reconciliation in 2006 and the Khan Shatyr whose work was completed in 2010. But not all cities have this opportunity to develop and the neglect of some can have serious consequences.

This is the case of the city of Ekibastouz (formerly a labor camp during the Stalin era), which is located about 300 km from Astana. This city of nearly 150,000 inhabitants experienced power cuts for nearly a week, while temperatures sometimes dropped to -30°C. The pipes under the effect of the frost exploded. In addition, the infrastructure, housing, and even the thermal power plant that supplies the city date from the Soviet era. From there, a feeling of anger has developed. The government seems to clear itself of any responsibility for this accident, by attacking the local governor of the region and the owner of the plant, the oligarch Alexander Klebanov.

To sum up, in 2022, in the same country, we have two cities barely 300 km apart. On one hand, a capital that is evolving very fast with incredible infrastructures for example. Next to it, one that has hardly evolved with infrastructures dating from a bygone era.

In the next article, we will continue on the subject of Kazakhstan in 2022 with the line Kazakhstan on the international scene and its opinion of the war in Ukraine, with its position and the consequences of this conflict, and the agreements made with other powers than Russia. 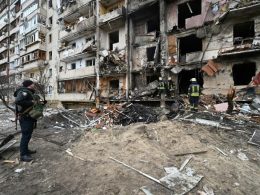 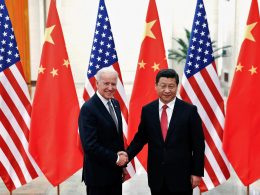 United States vs China: can we talk about a new Cold War?

The first official meeting between representatives of the two governments in the Biden era, held in Alaska in…
byDiogo Caldeira 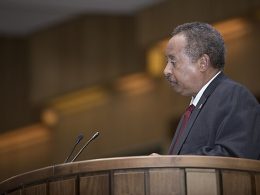 Sudan: what has become of the military putsch?

Over two months after the military putsch on 25 October 2021 in Sudan, the situation in the country remains chaotic. How do these events fit into the recurring pattern of military coup d'états in the country and indeed in the wider region?
byLou Vautrin 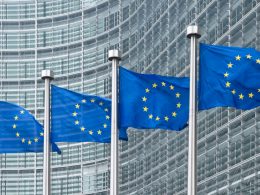