On the 24th of December, elections will be held in Libya to choose a new president. A few days later, Libyans will elect their Parliament. But why are those elections necessay ? What is the situation in the country ?

Since 2011, the Arab revolution and the assassination of the dictator Gaddafi, Libya has been plunged into chaos. The country is divided, and several military leaders reclaim power. While the territory is  still facing a terrible civil war, the United Nations (UN) have tried numerous times to intervene in the region in order to stabilize the country. These elections are an umpteenth attempt. Following are some attempts at explaining the situation.

During the Second World War, Mussolini’s Italy colonized Libya. The North African and Arabic country then regained its independence in 1951. A few years later, in 1969, colonel Muammar al-Gaddafi overthrew the Libyan king and implemented a dictatorship. The new political leader was hostile to the West, propagating a pan-Arabism and pan-Africanism; he did not hesitate to fund terrorist groups either, aiming at destabilizing Western countries and their influence in the region. For example, Gaddafi gave financial support to the secessionist movements and terrorist groups IRA and ETA, which operated in Ireland and the Basque country, respectively.

Because of that, the UN enforced sanctions on Gaddafi’s government and the United States (US) intervened militarily on the ground in 2011. It is only after 2003 and the end of UN embargo, that Gaddafi decided to change his policy and to get closer to the West. In 2007 for example, he was invited by French president Nicolas Sarkozy in an attempt to improve diplomatic relations. We now however know that the former dictator helped to fund Sarkozy’s presidential campaign.

The Arab Revolution : beginning of a decline

In 2011, following other Arabic countries, the population rose up against the dictatorship, especially in Benghazi, an Eastern big city. Gaddafi responded with a violent repression, provoking the UN to react. The international organization voted the resolution 1973, following which, the US, the United Kingdom (UK) and France started air raids on Libya. However, the coalition re-interpreted the UN mandate, and struggled to change the political regime. On the 20th of October 2011, Gaddafi was arrested and assassinated. A new government was implemented.

But tensions in the country did not stop. Armed groups carried on fighting, especially for the oil resources in the South. Besides, the Islamic State (IS) succeeded in implementing itself in Libya’s territory. In 2014, General Khalifa Haftar attempted a military coup before setting up his own government in Benghazi. Since then, the country is halved in two parts, and in the East and the West, two governments coexist, fighting for dominance.

The UN assistance to stabilize the country

In 2015, both parties agreed on a ceasefire and the UN Security Council gave its support to the creation of a national unity government. In March 2016, after several ups and downs, el-Sarraj took office from exile in Tunis. This government, recognized by the UN, is now supported by Qatar and Turkey. On the other side, Russia, Saudi Arabia, Egypt, and the United Arab Emirates are standing strongly behind Haftar’s authority in Benghazi. Additionally, France does not recognize it publicly, but also supports General Haftar. The latter continues to lead military offensives against the Western part of the country.

In the East, there is another official government lead by the House of Representatives. Besides, we must bear in mind that the Islamic State is still present in the country, although mostly in the South.

Hence, in 2021, el-Sarraj, as well as the House of Representatives, yielded their power to the Prime Minister Abdelhamid Ddeibah. He now leads an unified government. However, Khalifa Haftar refuses to give up his authority to the national unity government, and the tensions therefore persist.

The international community puts great hope in these presidential elections, which will take place on the 24th of December. A conference was held in Paris last November between several nations, including the US, represented by the Vice-President Kamala Harris. This international conference believes the elections can end the division of the country.

But the latter is well demonstrated by the considerable number of candidates for this presidential election: more than 70 people announced their participation to the ballot. Among them are the general Haftar, but also the former Minister of Home Affairs Fathi Bachagha. Gaddafi’s son Seif al-Islam Gaddafi also announced his candidacy, despite being wanted by the International Penal Court for crimes against humanity. He was condemned to a death penalty in 2015 before being pardoned. Thus, the electoral Commission first refused his participation. But a few weeks later, a court of appeal in Sehba finally validated his candidacy.

Among the 7 million inhabitants, only 2.8 million Libyans, according to the AFP news agency, are enlisted to vote. In addition to that, the electoral commission announced that more than 2.300 electoral cards had been stolen by armed men in the West. Even before the ballot, some groups are suspected of electoral fraud.

Hence, this election will certainly be difficult, and likely chaotic. No one can be sure whether it will restore order in the country. Indeed, foreign implication in Libya has not been of great help until now. France’s intervention in 2011 is still highly criticized, and the western countries’ positions regarding Libya and its political legitimacy is truly ambiguous. Nevertheless, there is hope. 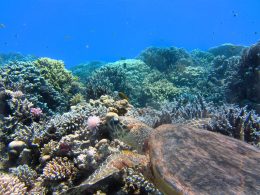 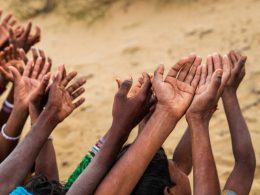 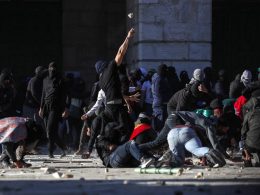 156 people injured during a conflict in Jerusalem 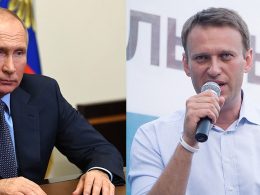 Legislative elections are set to take place in Russia in September 2021. With its low approval rates and 450 seats in the Duma at stake, Russia's ruling party under President Putin is slowly but surely banning opposition parties and individuals from the electoral process in a further autocratic move.
byLou Vautrin
Total
0
Share
0
0