DR Congo: massacre in the villages of Kishishe and Bambo

A massacre committed at the end of November in the east of the Democratic Republic of the Congo left many dead among the civilian population in two villages in North Kivu. Armed groups controlling the region are said to be behind these events, strongly condemned by the international community.

On November 29 and 30, 2022, massacres took place in Kishishe and Bambo. These are two villages located in the province of North Kivu, in the eastern Democratic Republic of the Congo. According to a preliminary investigation by the United Nations Joint Human Rights Office (UNJHRO),131 civilians were killed in these villages. It includes 102 men, 17 women, and 12 children. They were reportedly killed “by bullets or with bladed weapons”. There would also have been looting, rape, and kidnappings. The term “reprisals” is used because the violence occurred a few days after deadly ambushes and clashes in the region, despite a recent agreement initiated in Luanda, which required an end to hostilities. They oppose the M23 (“March 23 Movement”) to elements of the Democratic Forces for the Liberation of Rwanda (FDLR) and Mai-Mai armed groups (community militiamen).

Several tolls were recorded during the days following the attack. On December 1st, Congolese authorities accuse the rebel group M23 of having massacred at least 50 civilians in Kishishe. The next day the death toll rose to “more than a hundred”. On December 5th, we are talking about 300 deaths. 272 exactly according to the Congolese Minister Julien Paluku and the government spokesman Patrick Muyaya. They would have indicated new figures communicated by civil society and an “organization which brings together all the communities” of the region. Patrick Muyaya evokes 17 children killed, “in a church, in a hospital”.

The assessment remains difficult to make because the territory is under the control of the rebel group M23. According to testimonies, residents were forced to bury the victims in mass graves, at the request of the rebels.

In memory of the victims of Kishishe, the Congolese government declared three days of national mourning, which ended on Monday, December 5th. These events were condemned by the UN.

The M23 is a group of rebels. It was created following the Kivu war (2004-2009). The group is made up of former members of the National Congress for the Defense of the People (CNDP) who mutinied in 2012. This movement, mainly Tutsi, has conquered in recent months a large part of the territory of Rutshuru (North Kivu). But fighting continues between these M23 rebels and militias including the FDLR, a predominantly Hutu movement. The M23 is accused of numerous acts of violence against civilian populations, by NGOs, the international criminal court, and by the American government. He is now accused of the massacre, and the Congolese government speaks of it as a “war crime”.

The rebel movement rejects these accusations and also disputes the identity of the victims. “These are combatants who go to the front in civilian clothes and, when they fall, their colleagues pass them off as civilians,” said the leader of the political wing of the movement, Bertrand Bisimwa. The M23 recognizes that 8 civilians died in Kishishe, killed according to him by “stray bullets”. Also, about twenty militiamen were killed in the fighting. Even if it is sometimes difficult to distinguish between militiamen and civilians, the UN investigation and testimonies collected from other sources contradict these statements.

The President of the Republic, Félix Tshisekedi, and the NGOs have requested the opening of an independent investigation. According to the spokesperson, fast justice is necessary. “Because if justice is not done, we can fear that this will continue in other areas where the M23 and the RDF (the Rwandan armed forces) have set themselves up as leaders”.

Rwanda was accused of supporting the M23

Rwanda is also accused. According to Congolese authorities, UN experts, and American diplomacy, the M23 is supported by Rwanda. But Rwanda denies it. They accusing in return Kinshasa, which also denies, of collusion with the FDLR, a movement formed by certain perpetrators of the Rwandan Tutsi genocide (1994).

For his part, the Rwandan foreign minister accused the international community of “exacerbating” the crisis in eastern DR Congo. In a call with Rwandan President Paul Kagame, US Secretary of State Antony Blinken said “all external support to non-state armed groups in DR Congo must end, including Rwanda’s support for M23”.

More than a week after the massacre. The authorities of the DRC have chosen to seize the ICC in order to place the responsibilities for these atrocities. For its part, the ICC did not immediately respond to Kinshasa’s request. 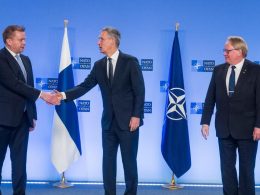 Ukraine Crisis: Are Sweden and Finland likely to join NATO?

After Russia’s invasion of Ukraine three weeks ago, European countries’ defense policies are undergoing the most fundamental re-evaluation…
byMinea Laalo 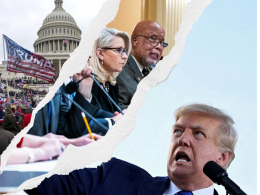 January 6th Committee, the noose around Trump’s neck is tightening 1/2

On July 21, the eighth and last public session of the summer of the January 6th Committee in the United States took place. The committee in charge of investing on the course and the implications of several actors during the assault of the Capitol on January 6, 2021, is retiring for a while, and new hearings will take place in September, as well as a final report in autumn. Let's go back, session by session, on the different hearings and revelations that have marked these last weeks (except those of June 9 and 13, which you can find in a previous article).
byBasile Richard Hungary and the EU : a deadlock relationship

Since April, the European Commission has launched a procedure against Hungary because of these multiple violations of the rule of law. This could result in the reduction or even cancellation of certain European funds distributed by the EU. Far from being the first call to order by the European Union against Hungary, it would seem that the relationship between the EU and the country is at an impasse.
byAmbre Bruneteau 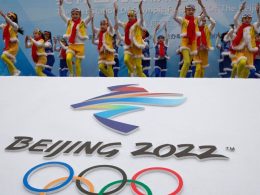 Winter Olympics will take place next February in Beijing. Let’s have an overview of the pre-games, shadowed by political cases and the lifelong threat of COVID-19.
byFabrice Delaloye
Total
0
Share
0
0