The Greeks facing their energy future

Faced with the energy transition initiated by the European Union, Greece wishes to be the perfect model by opting for wind energy. Aiming to replace all fossil fuels with renewable energies by the end of the decade, the government is undertaking major construction projects, sometimes to the detriment of the local population and landscapes.

Facing with the energy transition initiated by the European Union, Greece wishes to be the perfect model by opting for wind energy. Aiming to replace all fossil fuels with renewable energies by the end of the decade, the government is undertaking major construction projects, sometimes to the detriment of the local population and landscapes.

Euboea is the second Greek island after Crete by its area. Located in the Aegean Sea opposite Attica and Boeotia, it is separated from them by the Strait of Euripe. Populated by 210,815 inhabitants, its capital is Chalkida.

The island of Euboea is one of the most affected by the energy transition policy of the country. Hundreds of wind turbines are already installed and hundreds are still to be built. The south of the island already hosts 600 wind turbines, i.e. 40% of Greece’s fleet. It is planned to set up twice, however roads, foundations and special wastes secreted and not eliminated are harmful for inhabitants as well as for natural reserves. The government chose Euboea because of its strong winds all year round. Thus, by the end of the decade, the government aspires to replace all fossil fuels with renewable energies. Connected to mainland Greece by a bridge, and separated from Athens by sixty kilometres, Euboea has a strategic advantage by facilitating the energy’s supply thanks to its proximity.

The government desires to be part of the energy transition because of the vulnerability of the country concerning climate change. The Eastern Mediterranean region is very prone to heat waves and extreme weather events such as droughts. In addition, forest fires are increasingly difficult to contain and can sometimes cause irreversible damages. In August 2021, one third of the island was devastated by one of them. Greece had never suffered such damage. The north of the island still bears the marks of the blaze. More than 50,000 hectares of forest and agricultural lands have been charred. As a result, farmers who harvested resin and fir honey are now on the ruin’s verge and only survive thanks to state subsidies. Above all, nature is not just a pretty landscape, it is also a livelihood. However, the government announced its intentions to attract new investors from big companies through tourism infrastructures or green energy projects, even if it does not at all correspond to the way of life on the island. After these bushfires, arguments against wind farms seem to progressively melt. It is more likely to suppose that wind turbines growing between burned trees would emerge, rather than figure out a huge reforestation project.

Tassos is an inhabitant of Euboea. His family has lived in the region for several generations. President of an old club working to protect mountains, he is afraid to see its environment destroyed. Until now, the region of Mount Dirfis in central Euboea avoided men and civilisation influences. For Tassos, the climate protection and the energy transition should not degrade Euboea’s landscape. The natural heritage composed by 30 million years old mountains must be preserved. Wind turbines planned to be installed by the government are 150 meters high and possess a power of 4.2 megawatts. It would be necessary to raze a large amount of the landscape in order to install huge concrete blocks on which they rest. The return to the Stone Age is not the wish of inhabitants. However it is necessary to work with moderation because mountains, forests and rivers are also necessary for life.

Néastira is a fishing village in the south of Euboea where Epistimi lives. As a very committed retiree, she attends the transformation of the landscape because of wind turbines from her house. While the latter were only 45m high, the twelve new ones will be 180 and closer to houses. Therefore, the installation of wind turbines is not without consequences : noise pollution, soil sealing favouring the risk of flooding ; side effects are numerous. Epistimi, as the other villagers, fears that the monotonous wind turbines sight scare away holidaymakers who have already been absent for two years because of the pandemic.

The government supported by the WWF

Between nature preservation and national fight against global warming, the government finally decided in favour of the transition, supported by the WWF. According to Dimitri Sibraim, WWF referent for climate and energy policy, the energy production issue is fundamental in its country. According to him, the only way to fight against global warming is through the development of renewable energies. By the end of the century, the temperature will reach 2.4 degrees Celsius added, which would be a disaster for Greece. This would also cause so many destructions and miseries that it is necessary to absolutely condemn all fossil energy sources.

In order to multiply wind turbines on its territory, the first Greek energy group -Public Power Corporation- plans to install hundreds of them on ancient Roman roads and quarries. This plan is presented by the government as a national prestige project which sets up as part of the energetic transition. Moreover, sacrificing their heritage for wind turbines is out of question for the major part of inhabitants living in the island. Thus, some activists like Tassos or Epistimi are increasing concrete actions to stop the construction of the site. However, it has already begun in the heart of protected natural areas. The exponential growth of these constructions is a real danger for the traditional trades of the island such as breeding, agriculture and beekeeping which could all disappear. The construction site exceeds the number of wind turbines authorised on the same area and the repercussions of the project on the environment are little studied. It looks illegal, especially since the workers forbid anyone to take pictures.

Despite attempts to warn the mayor about manoeuvres taking place in the mountains, all the tries failed. Only the vice-governor is open to debate. Nevertheless, a better distribution of wind turbines have little real chance of emerging.

Which alternative should be adopted ?

According to inhabitants, the reduction of the individual energy consumption should be considered before the deployment of such a considerable number of wind turbines. In addition, some places devoid of values – such as old factory sites or industrial areas – would be more able to receive wind turbines. Favouring certain suitable areas devoid of tourist attractions, would allow to distribute wind turbines in a better way and reduce the anger of inhabitants. The average lifespan of a wind turbine is 20 years. Tassos regularly visits the site of a turbine graveyard that have never been dismantled. The macabre graveyard proves that wind turbines are never taken down once they stop working. To conclude, it is necessary to find more durable solutions and be wary of empty promises covered by the « greenwash » label. 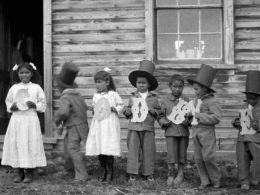 Guilty of persecutions and a cultural genocide against Indigenous children, Canada is condemned to provide compensation to the survivors and to the surviving family members, through the Ottawa trial on 26 january 2021, after 9 years of fighting for justice for the survivors.
byManon Renard Deloof
1 share
1
0
0 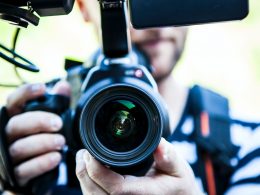 While the stream of news on society, politics, economics and crises never stops, news about the news is much rarer. When media however shine the light on themselves and their circumstances, it often gives reason for worry. The situation has not only worsened because of the Covid-19 pandemic.
byLou Vautrin 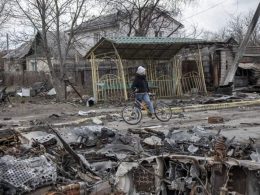 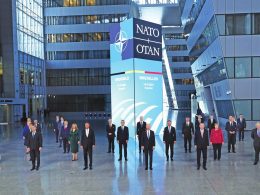 The 28th NATO summit on Monday, 14 June 2021, has seen the members of the Organization step up their tone regarding China and Russia. Both powers have demonstrated a certain aggressiveness in their foreign policies and have also formed alliances that pose threats to the international alliance of 30 European and North American nations.
byLou Vautrin
Total
0
Share
0
0